Falcon-II™ Backpack The Falcon-II Backpack is the quintessential Maxpedition® product: Durable, ergonomic, and intelligently designed. This medium bodied pack is thoroughly constructed with 1050-Denier water & abrasion resistant nylon; yet its ergonomic shape, padded shoulder straps and sturdy sternum & waist support make it an absolute delight to wear.
Further examination will reveal that the Falcon-II has layered independent compartments with more pockets, pouches and PALS attachment points than most backpacks twice its size. Pull the dual-directional YKK® zippers and expand the main compartment into a full clamshell opening.
You'll find that the Falcon-II is surprisingly spacious with room to accommodate your camping essentials and one (1) 100oz/3L water reservoir. Pack it up and press it down with front & side compression straps, then head out on a hike or overnight with a premium Maxpedition backpack.
MAXPEDITION® BACKPACKS

Maxpedition backpacks are built for hauling gear and ergonomically designed to never drag you down. Curvaceous, foam-padded double shoulder straps contour to your chest and a sternum suspension belt helps distribute weight evenly throughout your upper body, so you can carry a load without falling behind.
Made with high quality nylon stitching, self-repairing YKK® zippers and a durable water-resistant exterior; Maxpedition backpacks have multiple compartments and pockets and offer plenty of space for mission essentials, camping gear, hydration reservoirs, laptops, textbooks and CCW.

Thank you for submitting a review!

Your input is very much appreciated. Share it with your friends so they can enjoy it too!

This bag and all my maxpedition bags are awesome! Whenever I tell someone about them I describe them as lifetime bags. You most likely won't need another (atleast not because it's worn out, just because they're great!). Great with pockets and storage compartments. Definitely a lifetime customer, not because I have to replace a bag but because they come out with new ideas or sales and I just can't stop buying them lol 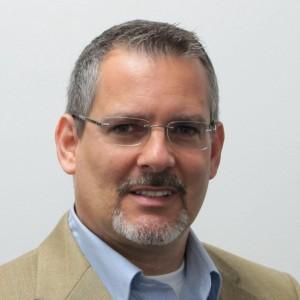 Have had this pack since it was first released by Maxpedition. It gets heavy use and has been all over the world, desserts & mountains in Middle East, Rain in Paris, Midwestern snow, South Florida Swamps, even offices. This thing is built like a tank! Nothing else I’ve owned (other than Maxpedition gear) has held up so well, and has the most well-considered layout. The Falcon II is so convenient when kitting up reconfigured variations for special “missions” I’ve used Versapack, rolly-pouches, FR-1 as rapid deploy IFAC, I’ve even rigged the lunch box as a mini cooler for short hikes. This has been the best all-purpose rig for everything from photography to recon. It’s also perfect size to use as carry-on under-seat stowage on commercial airlines. Outstanding job, Maxpedition!

It's amazing! This is the fifth backpack I've purchased from Maxpedition(along with a few other products). Two were gifts and three for me. They are made to be very tough and durable. There have been no threads coming loose or zippers sticking. My packs get abused as they are always around saltwater and constantly being thrown around and used. I'm a big fan.

The best bag I have ever purchased

This bag is well made and is comfortable to carry.

Perfect size, perfect amount of space for everything. Perfect for EDC